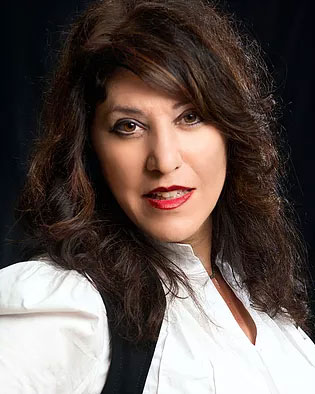 Special Introduction for ARTemis:   I was asked to write an article on Love and Sex for Tom Tom Magazine, a well established magazine for female drummers that I regularly write articles for. Since this particular article wasn’t used, I decided that it could totally work as a blog for ARTemis.  Since ARTemis is focused on women in the arts, it goes hand in hand that although we yearn to be taken seriously, break those glass ceilings, and compete with our male counterparts, we also are sensual beings, thoughtful artists, and well, let’s face it, women in the best most feminine/masculine sense. In this climate of “me too”, however, we also have to deal with the ugly side. The following is more about the positive side of intimacy and women in the arts, particularly my experience as a rare female drummer professional. So bring on the love, the intimacy, and the general confusion of navigating in the arts as a woman and all the conflicting feminist ideals that go along with making our mark as artists in society. OK go!

Being a drummer and percussionist is like being part of the best tribe ever. We’re surrounded by other drummers and unlike other instrumentalists, we end up practicing and performing with other drummers usually before accompanying anyone else. We’re the group in the back of the room in band class. We’re the ones that help each other load out of a club. We’re the gang of drummers who strap on marching drums and go out on the field and “do a thing” or support a marching band. We’re a part of a special club that is active, meticulous, and somewhat athletic, and let’s face it… we’re sexy as hell.

Drumming in general is an athletic activity. We move in tandem, sweat together, we play with and against each other to create a unique and alluring trancelike state for our listeners. We get attention and let’s face it, we’re a little on the hyper side and never boring. Since women percussionis

ts are still quite a low ratio to men, we’re also surrounded by, taught by, and performing with mostly men. Over the years, I’ve noticed that drumming creates intimacy that can sometimes leads to intimacy, love, special closeness, and of course the physical side:  sex.  Now, by sex, I mean feeling sexy, looking sexy (even when you don’t feel like it), being approached or harassed or viewed as a sex object (another hot topic altogether), and yes, actually having sex!

Intimacy:  So being in a band is automatically getting close with band members, or even a partner if it’s a duo.  When we create music especially with other drummers, we do repetitions and in order to be successful at practice we have to spend hours with others. The nature of doing repetitions is to get so good at the skill that you can get past the mechanics and enjoy what you are doing with another person and “lock in”.  This inherently creates intimacy. Some are scared of this, some realize that there is more there than just reps, and sometimes, it can lead to a syncing up with another person on a non-verbal level that is very powerful. Throw in the fact that musicians are already passionate people and voila!… you have a heady confusing intimacy that sometimes can lead to something more. Feelings arise and yadda yadda yadda etc, whatever happens next happens, either internally or expressed outwardly.

There is a special closeness that happens when drummers get together in groups. I see this all the time in my drum line. This is the most innocent squeaky clean of platonic relationship development (and sometimes dating within the group is attempted). As any percussion or drum line class rehearses for many hours throughout the year with each other, the group is endeavoring to learn music, set goals, overcome challenges, achieve goals, and perform a high level of musical art with each other. By the time the class or season is over, my drummers are BFF’s and can’t wait to see each other for summer camp and the following year. When it’s time for them to age-out of high school programs, there are tears because they don’t get to experience this kind of friendship, intimacy (G-rated of course), and experience with this particular group ever again. It’s quite unique and emotional.

Love & Sex: Two different things, but also a compliment to each other. Spending time with other drummers can often lead to fun, affection, or something more. Heck, I married a drummer from my high school (we met in the drum section in band) and it’s really cool being married to another passionate drummer. However, there are temptations out there. Let’s face it, drummers are the sexiest, have the best hair, and are always in motion. It’s primal, loud, and exciting. Watching a drummer is more fun than watching a keyboardist (it just is, I do both so I totally know this to be true). I’m in a field where I’m surrounded by amazingly attractive male percussionists and I adore them all (mostly). Being a female in this field and explaining to my girlfriends what I do, they secretly get jealous because I’m around the afore mentioned attractive and talented musicians.  To wrap it up, music is intimacy and can be an expression of love. So naturally drummers and percussionists are a visceral demonstration of that since we live it every day in a physical way by merely playing our instruments.

Peace out folks and connect!  You never know where it will lead.